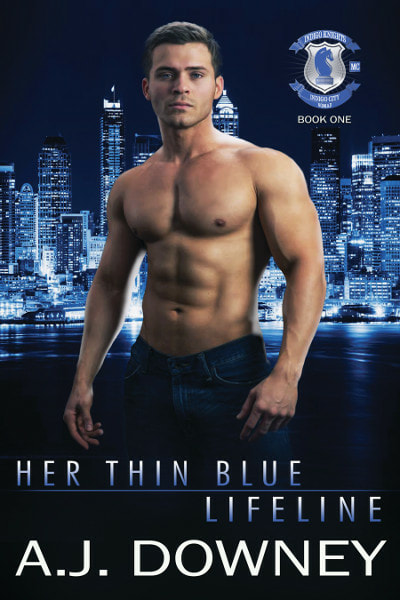 Chrissy Franco has every reason to take one hell of a victory lap around the
courtroom. She’s just defended her client to the best of her
ability and what’s more? Her client was actually innocent. Oh,
she’d killed her husband, baseball legend Skip Maguire, alright;
but he’d been about to hit a home run with Miranda’s head.
His rabid fan base doesn’t agree with the verdict, and they’ve set
their sights on Chrissy as the one to blame. One of them is about to
set into motion a dangerous game when he publishes poor Chrissy’s
address online…
Enter Tony McCormick, a detective with the right kind of attitude and
Chrissy’s sort of ex-boyfriend. When he’s called to Chrissy’s
apartment, he’s prepared for the worst. He’s a homicide detective
after all. When he arrives, it seems that someone might have
forgotten to check to see if Chrissy was still alive… now it’s
everything he can do to find the man who did this and the other
behind it all before it’s really too late.
Add to Goodreads
Amazon * Apple * B&N * Google * Kobo * Smashwords 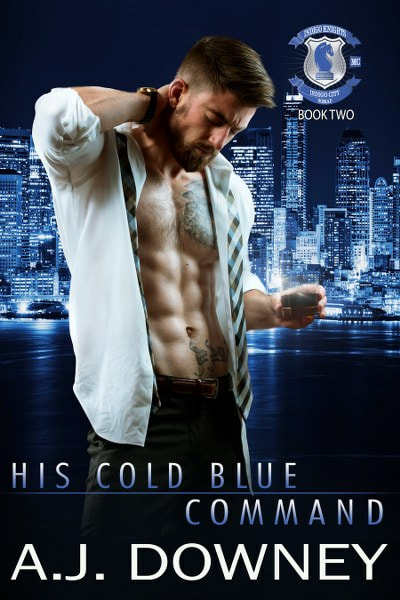 Assistant District Attorney Damien Parnell leads a double life above and beyond
his membership with the Indigo Knights. Driven by dark desires
considered shameful by most, he covets the one thing he can’t allow
himself to have – a real relationship.
Enter Ally Blaylock, an innocent by Yale’s standards. She’s the sweet
and beautiful girl who makes his coffee at the café across the
street from his office. She’s done her best to flirt off and on
with the high powered attorney and he can’t help but be drawn to
her whimsical charm.
When Ally finds her world tipped on its axis, Yale goes against his better
judgment and offers her some unlikely help. He knows better than most
that the road to hell is paved with good intentions, but in this
particular case, could it be the opposite? Could Allison Blaylock be
the start down the road to his salvation?
Add to Goodreads
Amazon * Apple * B&N * Google * Kobo * Smashwords 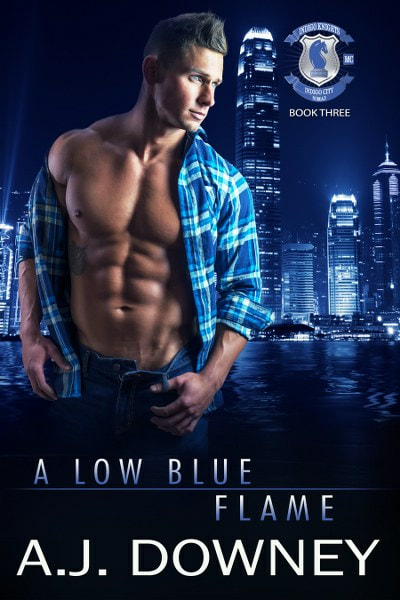 Lillian Banks’ career took off like a house on fire and she’s on top of
the world. Great job that she loves, moved to a great city, into an
opulent new condo, in one of the world’s premier smart buildings no
less; all she was missing was the kind of romance to set her soul
aflame. She thought she’d found it but instead, found herself burned.
Backdraft knows what it’s like to get burned and not just by fire. His ex,
Torri, did quite the number on him recently by banging one of his
firehouse bros behind his back. He’s sworn off love and dating
altogether for the time being and is happier for it. He just wishes
he could get the time he wasted with that crazy skank back again.
Out of the ashes, an unlikely friendship is formed. Backdraft and Lilli
could find themselves rising if only they can get past their hurts
and give things a chance. Of course, lasting happiness is no
guarantee, no matter how much they might burn for each other. After
all, sometimes what was doesn’t want to let go.
Add to Goodreads
Amazon * Apple * B&N * Google * Kobo * Smashwords 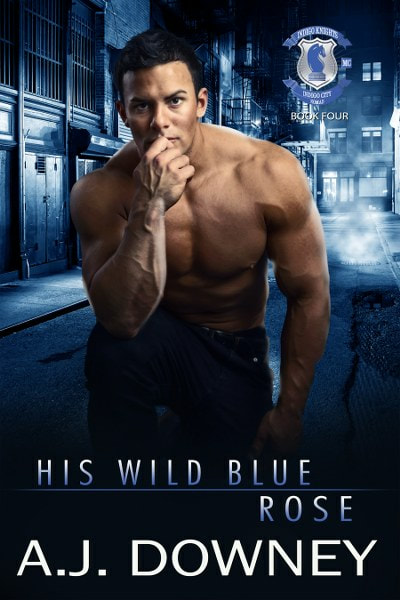 Alyssa isn’t completely honest when she answers the ad for a roommate
online. True, she needs a place to live, true she’s getting a
divorce, true; he’s a cheating jerk. There’s just a little bit
more to it than that. So when the ad comes across her screenIndigo
City beat cop looking to rent out a fully furnished room… she
jumps on it, because what could be safer than living with a cop?
Golden isn’t too keen on living with a chick, but after posting online
looking for a roommate, he’s found the pickings are slim. The
softly spoken brunette doesn’t seem like she’s much trouble, plus
she’s got the cash up front, so what the hell? She’ll just have
to get over his bringing home badge bunnies from the 10-13. He’s
got a stressful job, and the best way to blow off steam, in his
estimation, is hot sex.
It’s a pressure cooker waiting to blow and it turns out the new roomie has
moxie, which gets Golden to thinking, which leads to him feeling.
This is either going to be a really good or a really bad idea.
Add to Goodreads
Amazon * Apple * B&N * Google * Kobo * Smashwords 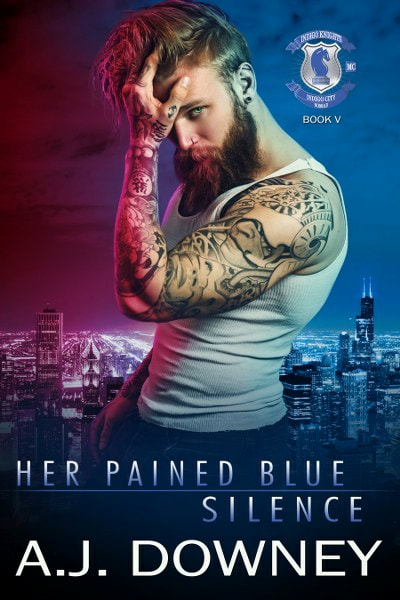 Everleigh has had a wandering spirit since the day she was born. Her boring,
small town could barely contain her and at the first opportunity, she
fled. It was only natural falling in line with the freedom that MC
life brought to her. The allure of never being told what to do a
strong one. Sadly, she found herself trading one cage for another.
Given the road name Silence, for her shy lack of voice, she’s been a
part of a motorcycle gang out of Maryland. A rough and tumble lot
believing in sovereignty, running guns and drugs through Indigo City.
Narcos has been undercover with the outlaw MC, the Knights of Crescentia for
more than a year. In that time, he’s seen and heard all sorts of
things, except for Silence’s voice. She’s the president’s Ol’ Lady
and probably knows infinitely more than he does as a prospect to the
club. All that is about to change. Narcos is about to be patched in.
Unfortunately, patching in means going to an extreme he’d never
thought he’d be pushed to and Silence is in the crosshairs.
How will he get through this, through to her, and keep them both alive?
Add to Goodreads
Amazon * Apple * B&N * Kobo * Smashwords 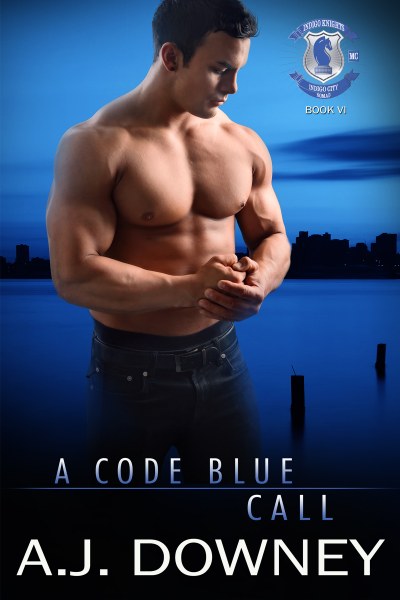 It was a dark night of the soul for Angel, the night she appeared like his namesake. He
would have liked to have known her, but she was gone the next
morning. Now, more than a year later, he was doing much better,
continuing his work in Indigo City’s streets as a paramedic,
responding to medical emergencies.
Claire could never forget the medic whose life she saved just by being in the right
place at the right time. Still, it wasn’t enough to rescue her from
her own dark night of the soul and unlike him, she followed through.
Fate had other ideas for the both of them and for whatever reason, their paths crossed
again at exactly the right moment. Both of them were now determined
to not let this second chance pass them by, not like the first…
**Releasing in April!!**
Add to Goodreads

A.J. Downey is a born and raised Seattle, WA native. She finds inspiration
from her surroundings, through the people she meets and likely as a
byproduct of way too much caffeine.
She has lived many places and done many things though mostly through her
own imagination… An avid reader all of her life it’s now her turn
to try and give back a little, entertaining as she has been
entertained. She lives in a small apartment in a quiet neighborhood
with a larger than life fiancé and two cats.
Website * Facebook * Twitter * Instagram * Bookbub * Pinterest * Amazon * Goodreads

Follow the tour HERE
for exclusive excerpts, guest posts and a giveaway!
a Rafflecopter giveaway

3 thoughts on “Her Pained Blue Silence is here!”