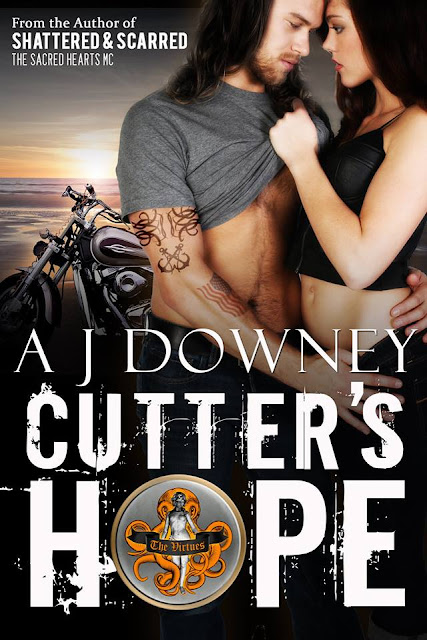 Cutter had given up on finding a woman when Hope sauntered right into his bar. With her straight talk, toned figure and military training, she can disarm a man in more ways than one. But the mission she’s on will shake up Cutter’s world.
Hope’s lost her younger sister, but she hasn’t lost her namesake. It’s been almost two years since Faith vanished, but Hope hasn’t given up the search. She’ll either find her sister or some answers.
Can Cutter keep his club out of trouble and help the siren in his bar on her mission? One can only hope… 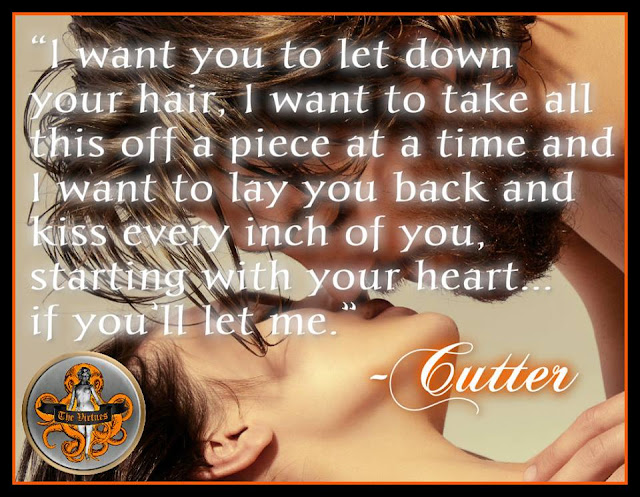 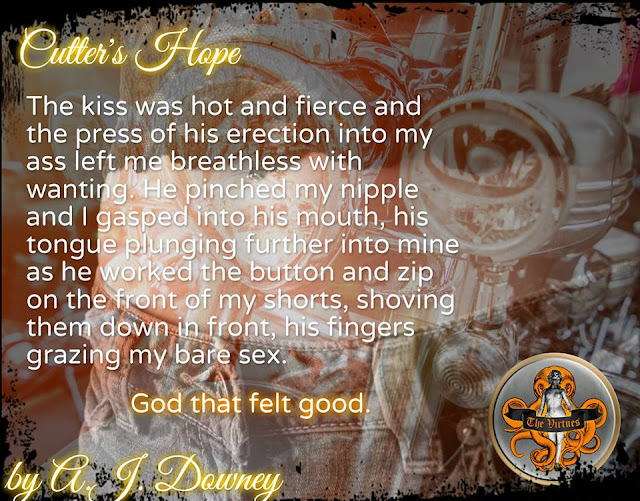 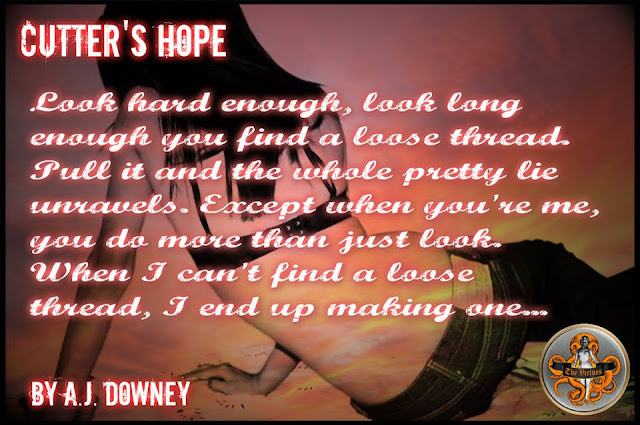 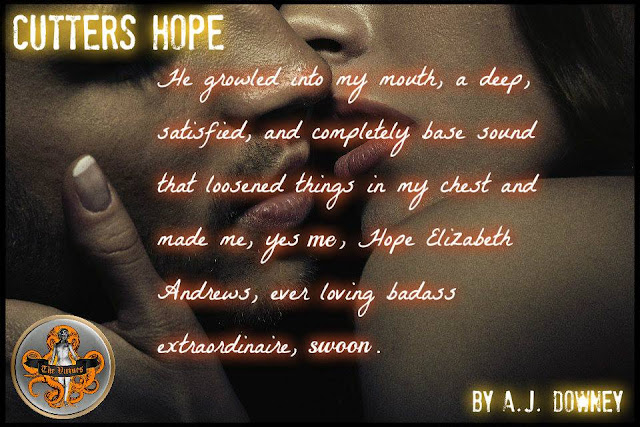 “Atlas!” I shouted a few minutes after Hope sashayed that sweet, perfectly toned, ass out of my bar. My club’s secretary jogged into the room a half second later.
“Yeah Captain?” he asked.
“Find out everything you can about that girl that was just in here. Said her name was Hope and she’s stayin’ down at the Nautilus,” I said to him but my eyes were fixed on where she’d been.
She was a girl on fire, and I damn sure wanted to know what she wanted with the girl from the picture. I’d recognized her alright. Wasn’t no way I was going to tell that cool drink of water though, not with how that run went straight to hell in so many ways.
“Aye, aye, Captain.”
“Send Tiny back here,” I told him when he turned to tend to the task I’d set him. Atlas gave me a half assed grin and an even sloppier salute. He could tell when I was in a mood and this particular shit show put my mood square in the middle of the black. Tiny didn’t exactly have any fans around these parts and I think the club knew I was reaching the end of the line when it came to my patience with our SAA.
Tiny came in and said, “Wanted to see me Cutter?”
No fucking respect, this one.
“Sit down,” I told him, tone cold. He scowled but complied.
“What’s up?” he asked, crossing his arms over his barrel chest.
“What did I tell you when you came to me about that girl from The Sacred Hearts’ Lake Run, and you told me what you’d done?” I demanded. He scowled.
“Why the hell you bring that up now, Man? That shit’s over and done. It’s been in our rearview over a year now.”
“Answer the fucking question, Tiny,” I grated.
“You said if anyone came looking my ass was on the line and you’d put it to a vote.”
“Put what to a vote?” I demanded. I wanted to fucking make sure we were crystal goddamned clear this time. No mistakes. No fucking up. No Tiny going on his own fucking program.
“My standing as SAA and within the club, period. What the fuck, Man?”
“That’s fucking right, and guess fucking what?” I pointed in the direction of the open bar room door and dropped both feet to the floor, the flip flops slapping loud against the concrete. “Someone, and by the set of her I’d say some sort of LEO, just came looking!”
“Oh Jesus Christ, Man! It’s been over a year, even if she was a fucking cop she ain’t got shit,” he tried to blow it off and I turned my pointing finger to a fist and brought it crashing down on the arm of my chair.
“You don’t get to decide that! Now I kept you on as a favor to Mac but this ain’t his club anymore. It’s mine and you have proven, time and fucking time again that you ain’t interested in falling in line and now you’ve put all of us, every single fucking one of us, in the goddamned hot seat! I told you, consequences, Man.” I crossed my arms while Tiny looked at me poleaxed.
“It ain’t nothing to make this bitch disappear too…”
“Have you learned nothing?” I bellowed, “This isn’t some girl with no family! No, you sit your ass right there.” I pulled my phone out of my cut and dialed Marlin, my VP. He answered on the third ring.
“Yo.”
“Marlin, Cutter, we have ourselves a situation. Get your ass and the rest of the council in here pronto.”
“Can you give me a heads up, Man? How bad is it?”
“No; talk when you all get here.” I hung up. The entire dialogue my eyes were locked with Tiny’s watery blue ones and he looked positively mutinous. He was standing alone on the sentiment. Dumb fucking cunt.
“You’re really blowing this shit out of proportion, Cut.”
“We’ll see what your brothers have to say about that.” 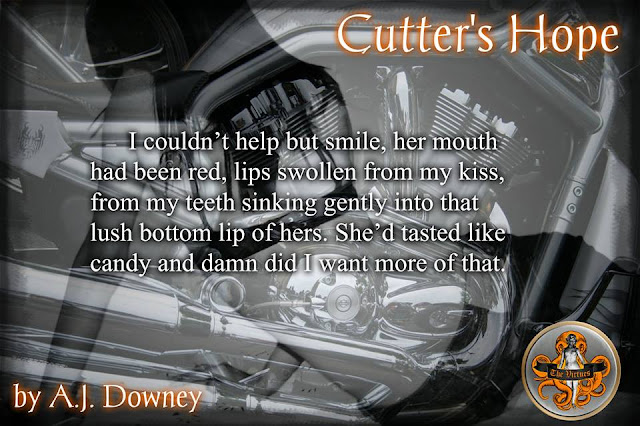 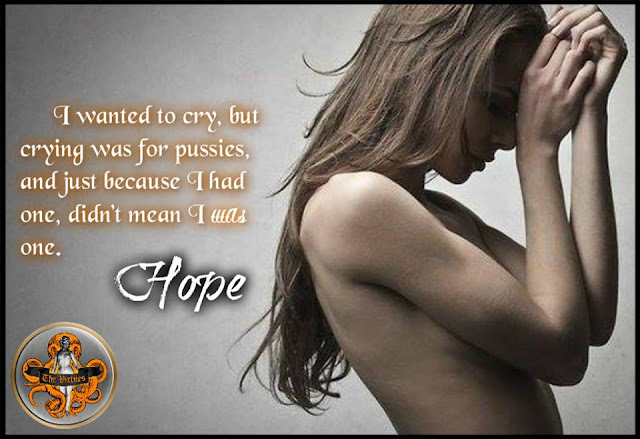 A.J. Downey is a born and raised Seattle, WA Native. She finds inspiration from her surroundings, through the people she meets and likely as a byproduct of way too much caffeine.
She has lived many places and done many things though mostly through her own imagination… An avid reader all of her life it’s now her turn to try and give back a little, entertaining as she has been entertained. She lives in a small house in a small neighborhood with a larger than life fiancé and one cat.
Stalker Links
FACEBOOK ~ BLOG ~ GOODREADS ~ AMAZON
PINTEREST ~ FB FAN GROUP ~ TSU
Hosted By