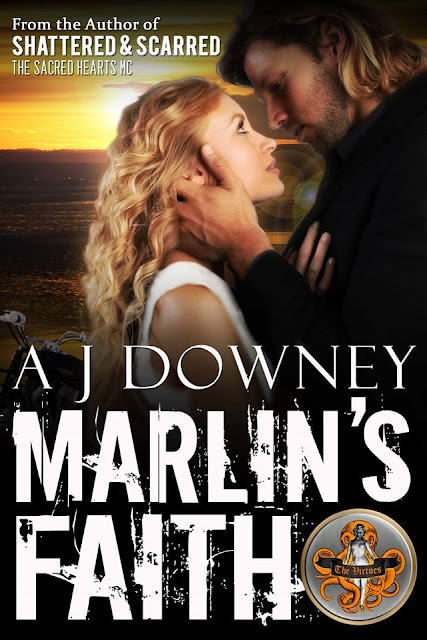 Faith. She’d managed to keep her
namesake while in captivity, but now that she was free? The daunting task of
rejoining society was in front of her and it seemed that Marlin had too keep it
for her.Marlin can’t help how he feels about Faith, she was remarkably easy to like.
The only thing he could do for her was be there, and keep his damn hands to
himself, which was the real challenge. Neither one of them knew if she would
make it out of the darkness in tact; only time would tell about that.During trying times, all you can do is hold on and have a little faith… 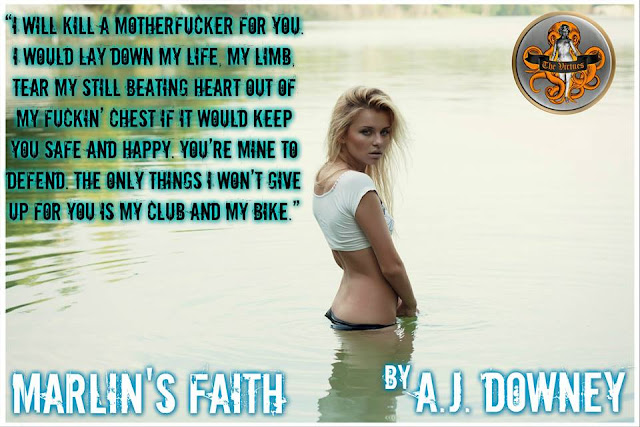 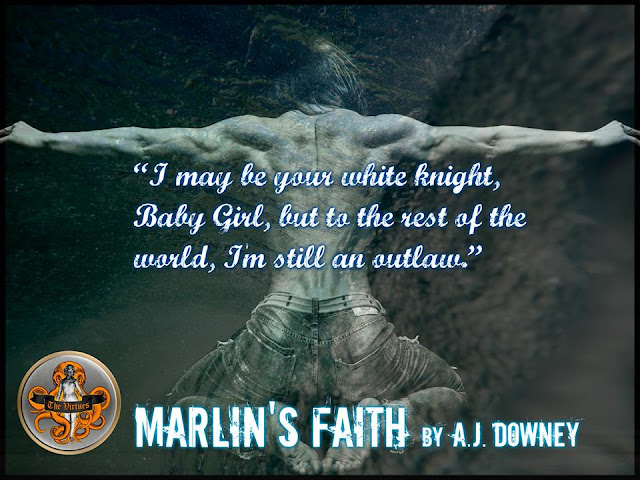 I was too warm and my mouth had a funny metallic taste in
it. I was comfortable though, and I didn’t want to get up. Still, my bladder
demanded I move, and eventually it won. It always did.
I sucked in a deep breath to chase back the cobwebs and
opened my eyes. I nearly crossed them to see what it was crammed and blurry in
my field of vision, all pink, white, and yellow.
I backed my head up on the pillow and frowned. A pink iPod
with white headphones coiled neatly next to it, a creamy yellow mini post-it
note clinging to the controls.
Play me, Faith was written in a spidery scrawl on the
post-it in black ink. The writing unfamiliar to me. I sat up on the bed and
looked around the darkened bedroom. No one was there, nothing stirred… I felt
my forehead crush down in a frown.
I looked around the room again, just to be sure, before I
plucked the headphones off the smooth cotton pillowcase. I spent far longer
than was necessary uncoiling them and tucking them into my ears before I
plugged them into the little player. I read and reread the note before plucking
it from the front of the little clip and touching the little triangle button to
make the thing play.
My breath caught, and stilled completely as the first
leading strains of Hope Never Dies spilled from the earbuds. The person playing
the guitar was masterful, the notes solemn and quiet, building and subsequently
building me up, surrounding me, tucking around me like an old and familiar blanket,
or really, bandaging some of the broken bits of me. Holding me together again,
just enough to allow me to mend.
Marlin. It had to be. No one else knew what this song did to
me, for me, in those darkened nights of desolation and ruin. I stared out of the
floor to ceiling obsidian glass, at the faint glimmer of silver as the water
lapped upon the shore and let the music soothe me some more. My nap had done me
some good, calming some of the disquiet of earlier, and I was glad for it. I
let my fingertips idly play with the band of leather and metal around my wrist
and thought about what the boy said to me back in the rank dark of that awful
storage unit.
There are still good people out there, Faith. You gotta
believe me… 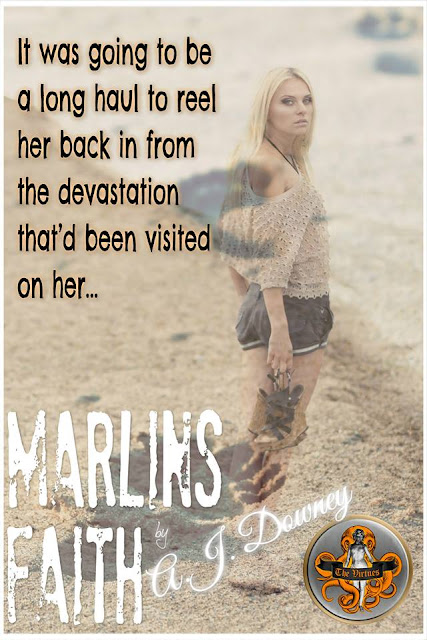 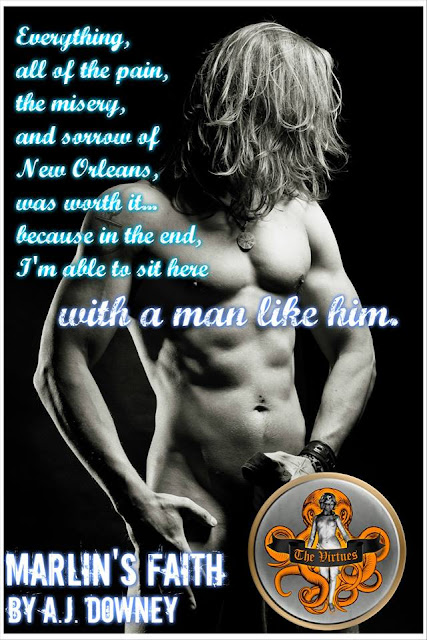 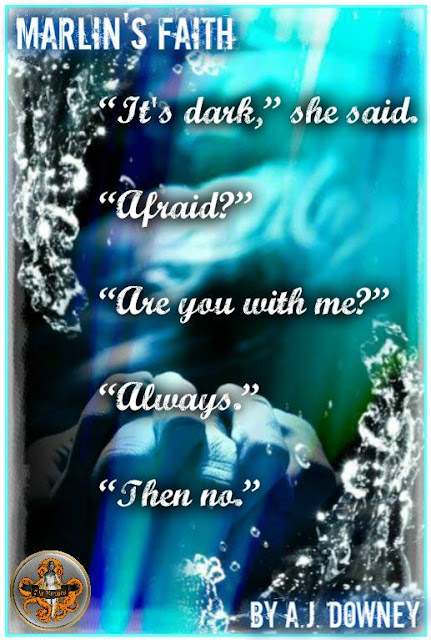 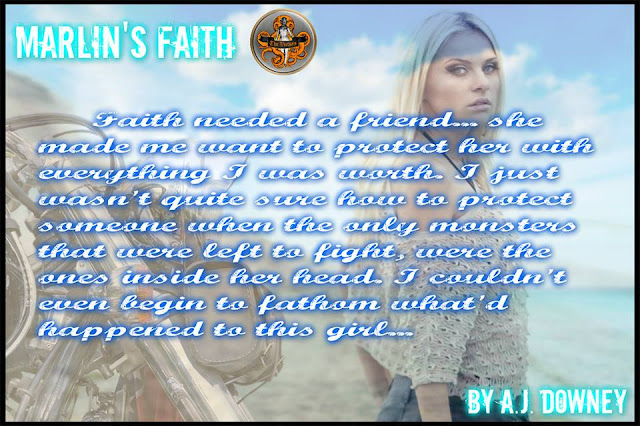 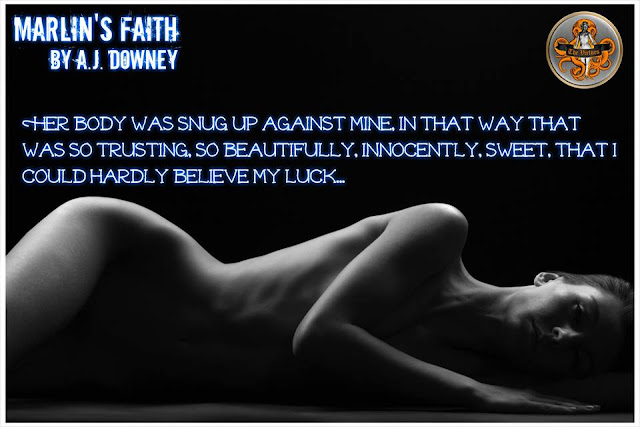 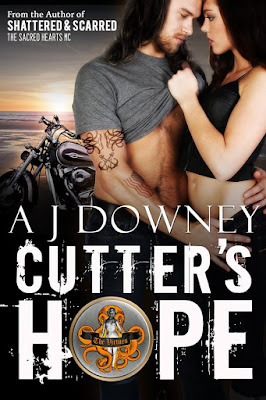 Cutter had given up on finding a
woman when Hope sauntered right into his bar. With her straight talk, toned
figure, and military training, she can disarm a man in more ways than one. But
the mission she’s on will shake up Cutter’s world.Hope’s lost her younger sister, but she hasn’t lost her namesake. It’s been
almost two years since Faith vanished, but Hope hasn’t given up the search.
She’ll either find her sister or some answers.Can Cutter keep his club out of trouble and help the siren in his bar on her
mission? One can only hope… 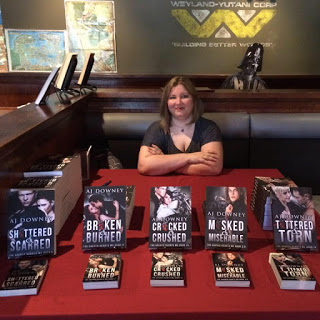 A.J. Downey is a born and raised Seattle, WA Native. She finds inspiration from her surroundings, through the people she meets and likely as a byproduct of way too much caffeine.
She has lived many places and done many things though mostly through her own imagination… An avid reader all of her life it’s now her turn to try and give back a little, entertaining as she has been entertained.
Media Links
Amazon  Blog  Goodreads  Facebook  Pinterest
FacebookFanGroup  Website  YouTube
If  you want the easy button digest, as well as a bunch of exclusive content you can’t get anywhere else, sign up for her mailing list right here. 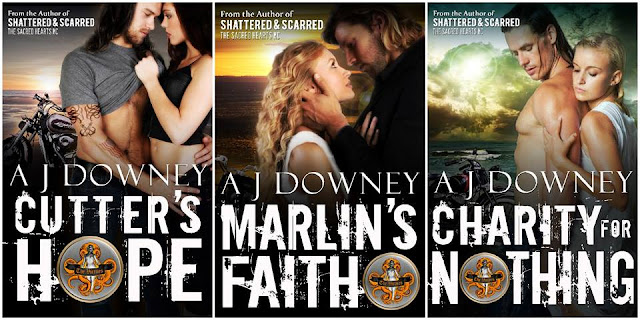 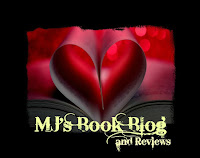