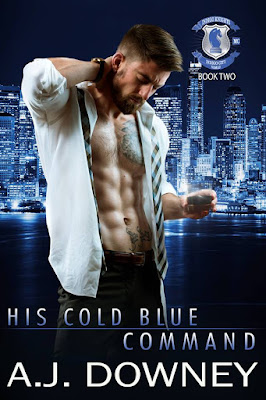 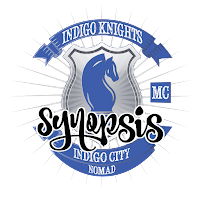 Assistant
District Attorney Damien Parnell leads a double life above and beyond his
membership with the Indigo Knights. Driven by dark desires considered shameful
by most, he covets the one thing he can’t allow himself to have – a real
relationship.
Enter
Ally Blaylock, an innocent by Yale’s standards. She’s the sweet and beautiful
girl who makes his coffee at the café across the street from his office. She’s
done her best to flirt off and on with the high powered attorney and he can’t
help but be drawn to her whimsical charm.
When Ally
finds her world tipped on its axis, Yale goes against his better judgment and
offers her some unlikely help. He knows better than most that the road to hell
is paved with good intentions, but in this particular case, could it be the
opposite? Could Allison Blaylock be the start down the road to his
salvation? 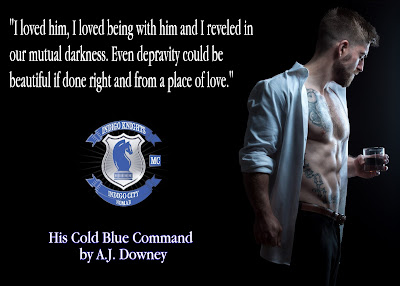 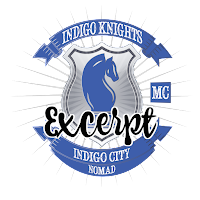 I watched myself disappear inside of her and was transfixed by
the sight, hypnotized by it as I slid in and out of her wet and waiting pussy.
She arched beautifully, her breasts pushed out in front of my face, her reactions
as pure and sweet as sun ripened low hanging fruit. I wanted to pluck them all,
run back into the dark and gorge myself on them.
I curved my arms behind her back and she took her hands from
the coffee table, which surprised me but didn’t. She was deep in her own
headspace and my curiosity led me to see what she would do with it. She slipped
off of the edge of the table, into my lap, riding me, and I let out a
satisfied, ‘ah’ when she took me in as deep as I could go.
Her arms twined around my shoulders and she found a rhythm and
I let her take her pleasure. I liked my women to be willing participants in my
little games, just as long as they understood I remained in control.
She bit her bottom lip in that way I found sultry and
alluring, her bright green eyes heavy lidded with her passion and desire met
mine and it was as if I were electrified. I watched her move above me, poetry
in motion and half regretted that we were out here and not in my bed… but
honestly, that was for the best. Had I taken her to my bed it would mean I had
designs on keeping her; and I didn’t think that possible. Not once she got
further down this rabbit hole with me, and damn me that I wanted to draw her in
further.
She touched the side of my face and I refocused on her, her
beautiful eyes trapping mine, something passing between us in that undefinable
way… Whatever she saw in me made her smile, smile! I almost couldn’t believe
it, but there it was, this sweet little smile painting her so soft looking
lips, tempting me to kiss her and seal my fate, and for a flicker of a moment I
wondered who was really in control.
“I don’t think you’re heartless,” she murmured dreamily, her
fingertips dropping to graze my ribs.
“You don’t know me, yet…” I growled and I turned her to lay
her down on the carpet. Her legs wrapped around my hips and I palmed hers,
driving into her and pulling her down onto me at the same time. Powerful,
driving strokes that made her cry out, those luminous eyes of hers closing, her
bottom lip captured between her teeth. I drew it out with my thumb in a light
caress and pressed it firmly, but gently past them. She sucked on it like I
wanted her to, teasing the pad with her tongue while I drove into her, over,
and over, and over again.
I dragged my fingertips over her body, rearing up to look down
at her and used my thumb to tease her clitoris gently. She cried out again,
arching, heavenly. So beautiful, she came around my cock and as she bent
beneath me, I fully expected pure, white, wings to erupt from her back.
She was perfect, she was everything in that moment and more,
and if I didn’t already think I were a devil, the way she looked at me may have
convinced me of an exalted angelic status I didn’t possess. Of course, then I
might believe myself capable of falling.
Who are you kidding, a voice of betrayal whispered in the back
of my mind. You’re falling and you’re falling badly for her. She’s perfect.
I placed my lips above her heart and would devour it if she
weren’t careful. She spasmed around me, jolting in my arms, and I died the
little death in tribute to her. Filling the condom as pleasure rushed out from
my center with the power of a nuclear blast.
She clung to me, her arms around me, her head on my shoulder,
lips pressed to the side of my neck as we knelt on my living room’s area rug,
panting. I didn’t want her to let me go. She felt so good, curled in my lap.
Like a purring kitten. Adorable.
You can’t keep her…
I wanted to, but she deserved better than a depraved bastard
like me. I eased her back, holding her firmly by her upper arms and with a
shuddering breath she sat up, and met my eyes.
“Go turn on the shower, I’ll join you and then I’ll drive you
home.”
She nodded, eyes glazed, body limp and it took a few tries and
some assistance on my part to get her to her feet. She stood for a moment,
trembling; looking well fucked and it gave me such a sense of satisfaction. I
could almost feel my ego swell with pride at a job well done.
“Go get in the shower,” I ordered again quietly and she nodded
and moved cautiously in that direction in a trance-like subspace. She would
need some after care, some time to come back to herself completely, and then I
would have to let her go.
I took the few moments I could to clean up out here. Dumping
the toys in the kitchen sink and disposing of the condom and wrapper in the
trash. I probably could have her clean them, but she was beautifully shattered
in all of the best ways and I was reluctant to put her back together too
quickly. She should enjoy it while it lasted. 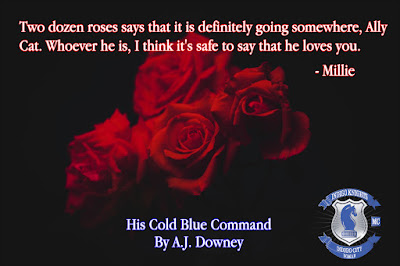 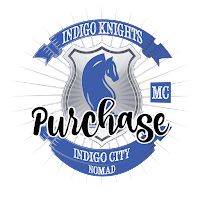 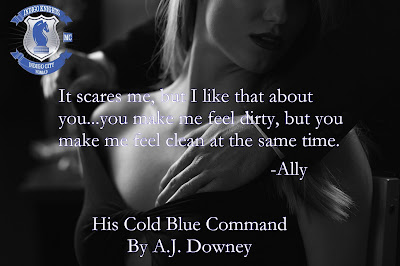 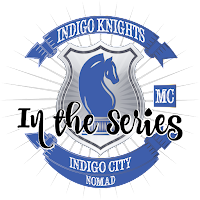 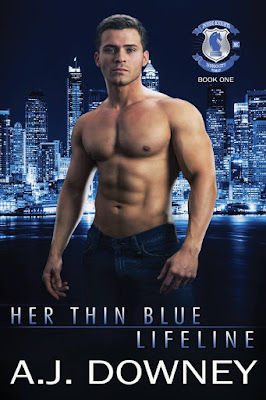 Chrissy Franco has every reason to take one hell of a victory lap around the courtroom. She’s just defended her client to the best of her ability and what’s more? Her client was actually innocent. Oh, she’d killed her husband, baseball legend Skip Maguire, alright; but he’d been about to hit a homerun with Miranda’s head.
His rabid fan base doesn’t agree with the verdict, and they’ve set their sights on Chrissy as the one to blame. One of them is about to set into motion a dangerous game when he publishes poor Chrissy’s address online…
Enter Tony McCormick, a detective with the right kind of attitude and Chrissy’s sort of ex-boyfriend. When he’s called to Chrissy’s apartment, he’s prepared for the worst. He’s a homicide detective after all. When he arrives, it seems that someone might have forgotten to check to see if Chrissy was still alive… now it’s everything he can do to find the man who did this and the other behind it all before it’s really too late. 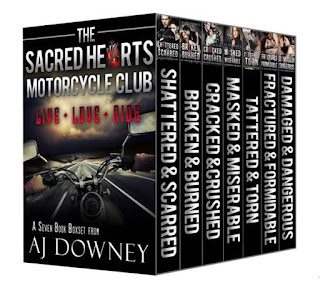 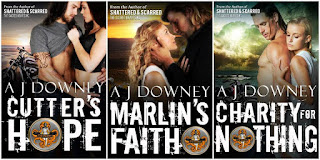 (A Sacred Hearts MC spin off)
The Moon Forged Trilogy 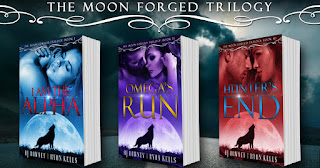 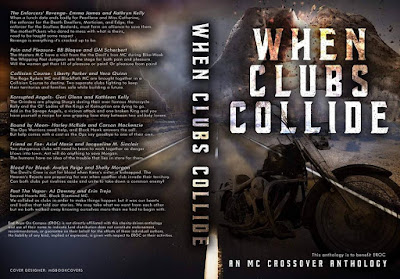 If you enjoy hot, tattooed bikers and the women they love, you’ll want this anthology on your reading list. Some of your favorite MC authors have teamed up and now these bad boy bikers are helping to raise money for End Rape On Campus. 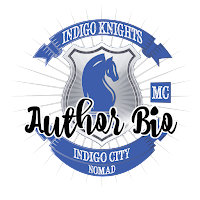