You remember when you were a young kid and you got to P.E. class and the gym teacher busted out those big ass rubber bouncy balls with the handles on top? The ride-able ones. Looked like this? 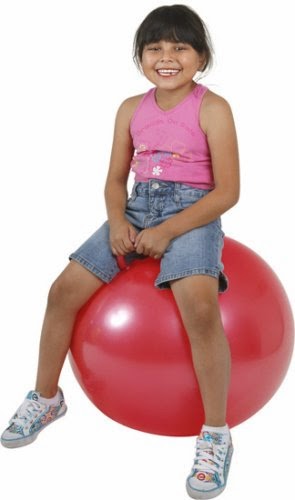 Well in the last couple of weeks, I’ve been the rubber bouncy ball and my muse has been riding my ass up and down the street bouncing along the sidewalk like a hyperactive bunny on speed going, “WHY! WON’T! YOU! WRITE! WHAT! I’M! TELLING YOOOOOOOU!”

Because bitch! Even The Flash couldn’t write faster than the shit you are pouring into my brain! I’m trying to keep up here I’m trying!

I suppose that as far as problems go it’s a good one to have but at the same time, it’s exhausting. If I were going at the pace I had ideas coming in, I’d have a 7th book to the SHMC series, a trilogy of books set in the SHMC world, a military romance stand alone, a stalker romance standalone, and two other stand alones waiting to head to my over worked and underpaid editor.

I’m afraid I am going to start losing things and I’m not ready to take on multiple projects at once so I’m stuck here on overload wondering if I should abandon my current military romance standalone project I am writing in favor of picking up stronger character voices and story lines, or if I should just double down and get Never Another Day Without You written.

If every poor writer could be so lucky as to have a problem like mine. Am I right?

Well back to it.